Only a boricua who has been absent from his homeland knows what it’s like to be far away from Puerto Rico when winter arrives in New York City. Or when you’re inside a taxi or walking through the congested streets of the Bronx or the Latin barrio, and all that you see around you is skyscrapers and more skyscrapers.

The anxiety and the feeling of impotence that overwhelm your spirit in the asphalt jungle can be soothed only by memories. In 1975, the unique voice of Puerto Rican singer Angel Luis Canales comforted the thousands of boricuas who felt oppressed by nostalgia with his composition “Lejos De Ti”: a confession and affirmation of his Puerto Rican identity, in which he assures us that his love for the homeland will never die, even though he was raised in New York.

The song is a guaguancó with lyrics that evoke images of old San Juan, Villa Palmeras and its rich bomba heritage, Boca de Cangrejos, the fried snacks on the griddle, and the river crossing through the old Ancón de Loíza Aldea, where his grandmother lived.

“Lejos De Ti” is still the most remembered track off “Sabor,” an album produced by the recently deceased Joe Cain, recorded towards the end of 1974 and released by Alegre Records in 1975.

And yet, the entire album is one of the best salsa releases of the ’70s. Canales favored a different style of interpreting Afro-Caribbean rhythms, combining elements of Héctor Lavoe, Ismael Rivera, Vicentico Valdés and Paquito Pérez (the singer with Orquesta Zodiac de Loíza). He would extend the melodies with his nasal voice, defying the poetry of the montunos, but singing out of tune and mispronouncing a few words. His diction was far from perfect.

The architect of Canales’ success was Colombian pianist Edy Martínez, who arranged seven of the eight tracks in this session. Because of a previous commitment with Mongo Santamaría’s band, he left fellow Colombian José Madrid in charge of performing the piano on this record.

Under Martínez’s direction, Canales embraced fame. “Sabor” was his second album– between 1970 and 1971, he had recorded the session “Brujería” with pianist Mark Dimond, who founded Conjunto Sabor after spending a number of years with Willie Colón’s band.

“Sabor” enjoyed great success. The singer toured Europe, the U.S. and South America, where Colombians, Panamanians and Peruvians remember him with affection to this day, even though health problems forced him to retire from the stages.

During the golden era of salsa, singers were expected to master all genres– and boleros were no exception. His vocalizing on “La Hiedra” and “No Te Acostumbre” are noted for their theatricality, a gimmick that Canales employed in order to mask the limitations of his voice.

Before becoming a professional singer, Canales worked as a jeweler. One look at the covers of his first couple of albums is enough to conclude that he pioneered the use of bling-bling in salsa.

As a composer, Canales was a solid chronicler of barrio life. The story told in “Perico Macona” is a good example: a man who smokes a joint and loses all self-control, insulting his own friends with his brusque remarks.

The reissue of “Sabor” is a just tribute to the memory of the late Joe Cain. 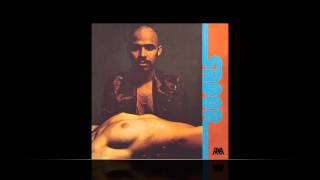