Cheo Feliciano, considered one of the most powerful voices of salsa, was characterized by his excellence and his ability to interpret various musical styles.

His first steps onto the music scene were at the Juan Morel Campos School in his native Puerto Rico, where he learned solfeggio and basic music technique.

At the age of 17 he went to New York, a city that struck his fancy, and the place where many of his compatriots had received their training. Faced with the decision of either seeking academic training or remaining self-taught, he decided the best school would be the inner workings of this difficult and complex world, rubbing elbows with the great Latin artists of the 50s: Tito Puente, Ismael Rivera, Tito Rodríguez, Joe Cuba, Arsenio Rodríguez, and Mon Rivera, among others.

His humility, one of his most notable features, allowed him to absorb the experience and wisdom of these maestros. They were not only his mentors, but powerful influences in what would be his future professional career. He was a solo vocalist and musician for many orchestras, known for his stage presence and sensitivity, which he demonstrated in his notable performances with the orchestras of Eddie Palmieri, Ismael Rivera, Joe Cuba, and others.

During one of the most outstanding stages of his career, he joined the cast of Fania Records, where he was resoundingly successful with countless albums that took him around the world as a distinguished member of the ultra-famous Fania All Stars. 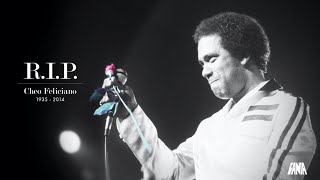