In the 1970s, a new generation of young Puerto Ricans born and raised in New York City began looking for a way to connect with their ancestral roots. The boogaloo was just the ticket: a fusion of Latin and soul beats, the genre had an enormous impact on the Latin youth of the time.

Pete Rodríguez, a young man of Puerto Rican descent living in the Bronx, was considered the pioneer of this new cultural and musical movement that got dancers up on their feet.

The road to being crowned “The King of Boogaloo” was a long one for Pete Rodríguez. When he returned from serving in the U.S. Marine Corps in 1964, he started “La Magnífica,” his first band with whom he released the album “At Last!” The record made him wildly famous, and he began performing in popular night clubs around New York City. The following year, he recorded his second album: “The King of Boogaloo.” This nickname would identify him for the rest of his brilliantly successful professional career, as part of the group Pete Rodríguez y su Conjunto.

Rodríguez kept doing what he did best, recording the album “Latin Boogaloo” in 1966. Boogaloo fever hit an all-time high with the band’s number “I Like it Like That,” a classic of the Pete Rodríguez discography.

The King of Boogaloo was on a roll, and went on to record “Oh, That’s Nice!”, “¡Ay, que bueno!”, “Latin Soul Man,” “Pete Rodríguez Now,” and “De Panamá a Nueva York,” which marked Rubén Blades’ debut as a vocalist and composer, having written all the songs on the album.

In 1971, the boogaloo had started to fade, but Pete Rodríguez was still as popular as ever. The same year, he released the album “Right On! ¡Ahí na má!” The production embraced the new prevailing genre, salsa, and received the unconditional support of his fans. 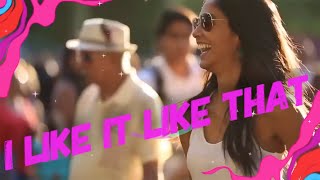 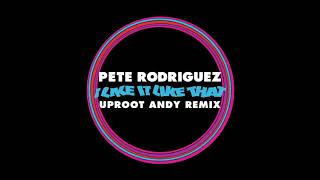