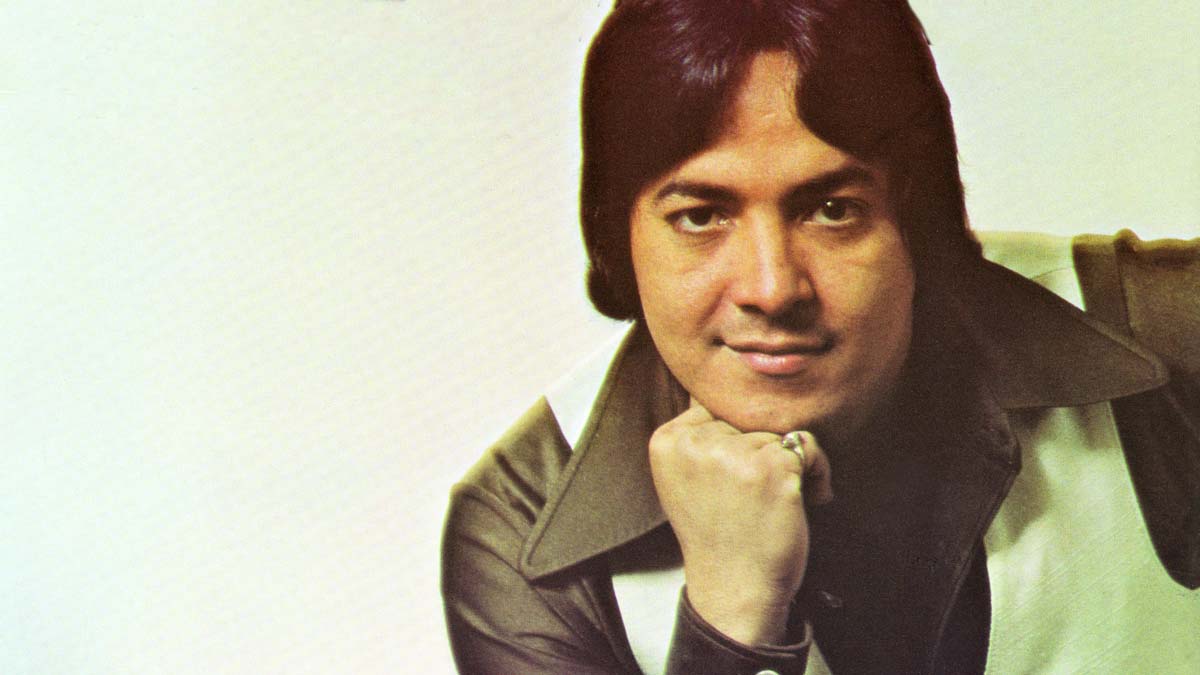 A contemporary of Hector Lavoe, Papo Lucca and top arranger José Febles, Gómez was born in less-than-advantageous conditions in the former Juana Díaz sector of Puerto Rico. Similar to other artists of the time, he first earned his living as a shoeshine boy and by performing farming duties.

Gómez grew up on the sounds of the bolero singers and troubadours that emerged from the local taverns, including the seis and décima singers from the hamlets of Juana Díaz, Villalba, Santa Isabel and Ponce. His musical beginnings took place with local groups, including Super Combo A, led by sax player (and future Mayor of Juana Díaz) Chago Martínez. Sometime later, Santiago “Chago” Hernández, leader of Cuarteto Yumurí, suggested Quique Lucca hire Gómez as vocalist for his Sonora Ponceña.

During his time with Sonora Ponceña, Gomez shared singing duties with Luigi Texidor. Together, they became one of the most celebrated and exciting singing combinations in salsa. From that period (1969-72), this collection features “Prende El Fogón”, the bolero “Paño De Lágrimas” and the guaguancó “El Hablador; with Quique Lucca’s outfit, he proved – beyond the shadow of a doubt – that he could handle any singing style: boleros, guarachas, son montunos, merengues, etc. All told, he was a complete performer.

Tito’s success and prestige with the Ponce-based orchestra was impressive. Other salsa bands and bandleaders, such as La Terrífica, Ray Barretto and Tito Valentín later featured his distinctive vocals in their albums. With Barretto, he helped popularize a newer version of “Guararé” (composed by Juan Formell), made popular by Los Van Van; Tito and Ruben Blades’ partial duet in that tune made the track all the more memorable. Tite Curet Alonso’s strongly patriotic composition “Testigo Fuí” chronicles the early stages of Puerto Rican colonization, when bloodshed was common in the island. From his time with Joe Rodriguez’ La Terrífica, the guaguancó “Acere Trumboró” is included.

Tito Valentín and his Grupo Ají Bravo recorded Tierra, Música Y Sentimiento (1979) with Gómez; from that album, this collection features “Jíbaro” and “Cosas Del Campo.” These two interesting experiments are heavily influenced by the seis and décima genres and are Tito’s statements on Puerto Rican identity, encouraging the development of a national culture.

From Gómez’ second album with Valentín, Brujerias (1982), the plena “Lo Que Se Arrasó” is included; the song recounts the Spaniards’ invasion of Borinquen, whose misappropriation of the land led to genocide. Along similar lines, the nationalistic “Amor Jibarito” is also included, composed by Noel Estrada (of “En Mi Viejo San Juan” fame).

Because of the supply-and-demand nature of the recording industry, Tito was not one of Jerry Masucci’s more favored members of the Fania stable. Hence, his name did not obtain the ripple effect that Ismael Miranda, Héctor Lavoe, Justo Betancourt and Rubén Blades did in their heyday. Nonetheless, he was on par with these vocalists and many others. His true rise to fame occurred in Colombia, during the 1980s and 1990s. He was a star member of Group Niche, led by Jairo Varela and his solo career with Antonio “Tony” Moreno’s Musical Productions label (MP) further cemented his reputation.

Tito Gómez will always be remembered as one of the legendary voices of salsa – with a musical catalog that was nearing a fifth decade. Indeed his recorded heritage is a treasure trove that awaits rediscovery by salsa fans the world over.