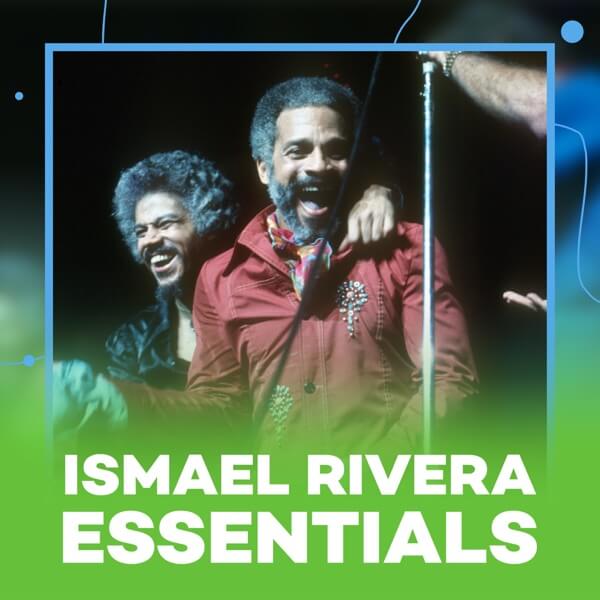 They call him Maelo. He’s also widely recognized as El Sonero Mayor. His fans cherish him as one of the premier salseros (vocal improvisors) in the business of salsa music. He is Ismael Rivera, a successful performer who blossomed as lead vocalist for the band formed by childhood friend, Rafeal Cortijo. Rafael’s orchestra, Cortijo y su Combo gained international recognition due to Cortijo’s leadership, the quality of the band members and mostly from the velvety sound emanating from the soul of Ismael Rivera.

He was the first of five children born to Luis and Margarita Rivera. His father, Luis, was a carpenter and his mother a housewife. In 1952, Rivera joined the U.S. Army and upon his return to his native Puerto Rico went to work as lead singer with the Orquesta Panamericana, thanks to the recommendation of his friend Cortijo. With Orquesta Panamericana, Rivera recorded and scored his first hits with the songs “El Charlatán,” “Ya yo sé,” “La vieja en camisa” and “La sazón de Abuela.” However, an incident between Rivera and another band member, over a girl, led to his departure from the popular band. And in 1954, he joined Cortijo’s Combo and recorded the following albums: De Colores (1968), Controversia (1969), Lo Último en la Avenida (1971), Esto Fue lo Que Trajo el Barco (1972), Vengo Por la Maceta (1973),  Traigo de Todo (1974), Feliz Navidad (1975), Soy Feliz (1975), De Todas Maneras Rosas (1977), Esto Si Es lo Mío (1978) and El Sonero Mayor (1980).

He married Virginia Fuentes in 1951. And later divorced and maintained a long relationship with Gladis Serrano, who had been wife of the famous singer, Daniel Santos. Rivera had five children: Ismael, Jr., Carlos, Margarita, Caridad, and Orquídea. In 1959, Rivera, together with Cortijo and his Combo, participated in the European produced movie titled Calipso, starring Harry Belafonte. He traveled extensively with Cortijo’s Combo; which also included Raphael Ithier who went on to lead the world famous Gran Combo orchestra, which also included bongocero, Roberto Roena of the Apollo Sound orchestra. Rivera formed his own band, Ismael Rivera y sus Cachimbos, which lasted eight years. Rivera then reunited with Cortijo and recorded “Juntos otra vez.” Soon after, Rivera went solo and triumphed with the recordings “El Sonero Mayor” and “Volare.” He scored his greatest hit “Las Caras Lindas (de mi gente negra),” written by famed Puerto Rican composer Curet Alonso. On May 14, 1974, Rivera participated in a concert at Carnegie Hall. One of his last public performances was in Paris as an opener for Bob Marley in 1978.

On October 5, 2008, Puerto Rico’s governor, Anibal Acevedo Vila, signed a proclamation stating that every anniversary of Rivera’s birth is to be celebrated as “Día Conmemorativo del Natalicio de Ismael Rivera.” In Villa Palmeras, in Santurce, there is a plaza named Plaza de los Salseros where a statue and plaque is dedicated to Ismael Rivera. In 2000, Ismael was posthumously inducted into the International Latin Music Hall of Fame. Ismael Maelo Rivera died of a heart attack on May 13, 1987 in the arms of his mother Margarita. Rivera is buried in the San José Cemetery in Villa Palmeras in Santurce, Puerto Rico. His music will live on forever.

One of Ismael Rivera’s most talked about recordings is his album Taigo de Todo. This 1974 release from is truly indispensable. Timeless salsa classics like “El Nazareno,” “Que Te Pasa A Ti,” “Witinila,” “Yo No Quiero Piedras En Mi Camino” and the title track were all huge hits that sound as great today as they did back in 1974. When you listen to (and enjoy) this ageless classic of Puerto Rican Salsa you will understand why Ismael is regarded as Puerto Rico’s greatest salsa sonero. Maelo – A Man and His Music is another highly recommended album release. This is a beautifully packed double-disc retrospective of singer, bandleader, and composer’s music. It chronicles his beginnings with La Orquesta Panamericana to recordings with Cortijo and Kako y su Combo. Not to disregard his own band, Los Cachimbos. Along with the hits “Saoco,” “Lo Ultimo en la Avenida,” “Ahi Na’ Ma,” “Traigo Salsa,” “Sale el Sol,” and “Las Caras Lindas” are numerous rarities including “Son Son Sonero,” “Dime Porque,” and “Seis de Borinquen.” There are live cuts among the many studio issues. While Fania has made many single-disc collections of hits available and reissued many of his albums, this is easily the most comprehensive retrospective of the incredible artist simply known as Maelo.  —Bobby Marin