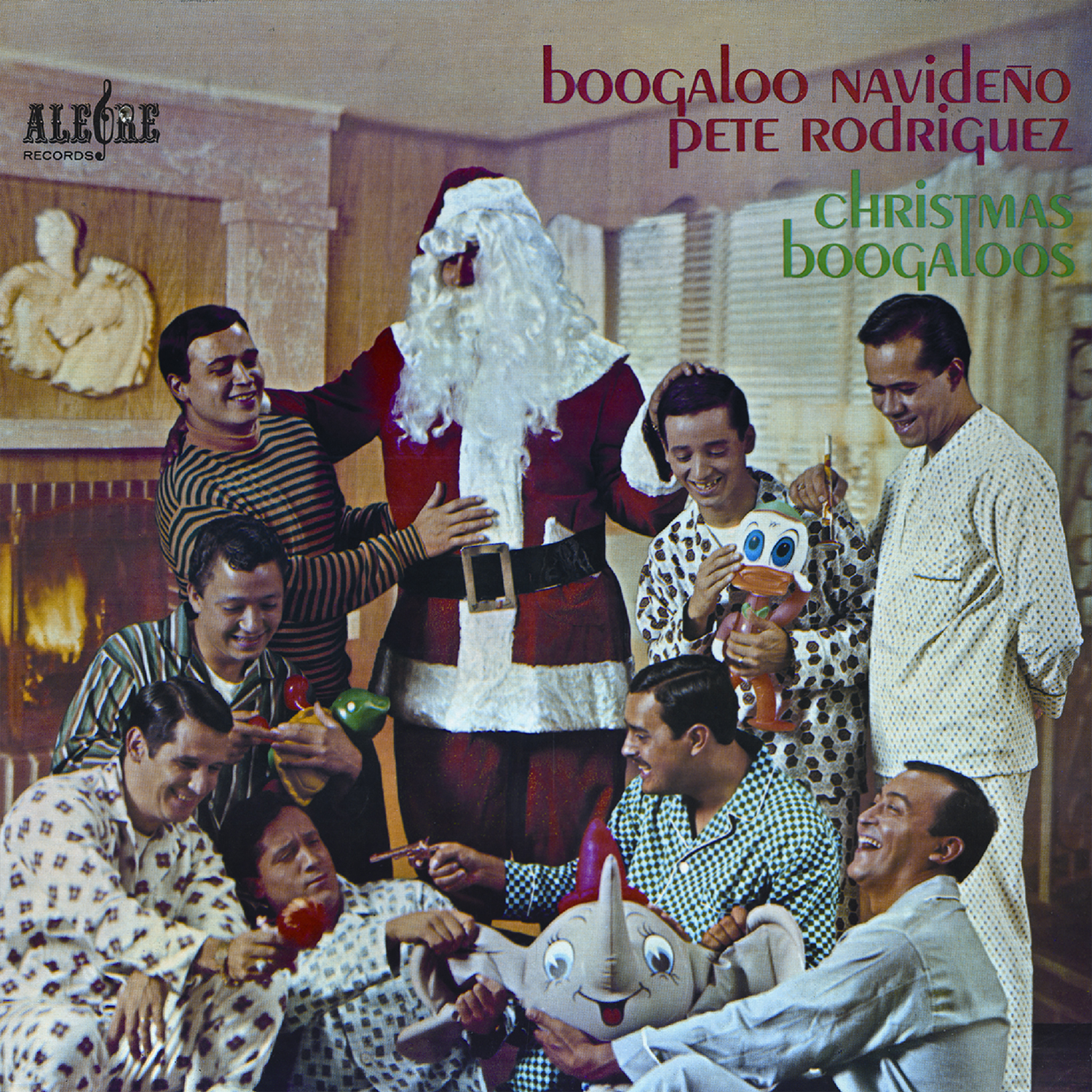 Pete Rodriguez, arguably, the “Boogaloo King,” ushers in his boogaloo and salsa trademark sound in time for the holidays. In “Pueblos De Borinquen” many of the towns of Puerto Rico are mentioned in the song giving credence to the upcoming festivities throughout the island of enchantment. Tony Pabon, of “I Like It Like That” fame, presents a similar party feel in “Parranda En Boogaloo.” Similarities to the super hit are evident here. “Navidades a Go Go,” an original by El Gran Combo, is cleverly arranged in this recording with Pete’s distinctive style. “Contentos Estan” is a funky guajira with nice horn lines and a splendid solo by Pete Rodriguez on piano. “Popurri Navideño,” as the title implies, is a medley of Puerto Rican aguinaldo rhythms interpreted by Pete’s chorus. “De Las Montañas Venimos” starts off with a jazzy feel then breaks into salsa, sung once again by the chorus. The distinctive Pete Rodriguez boogaloo piano riffs prevail as the band goes into its hand-clapping festive mode. The chorus (el coro) kicks off the next tune, “Asalto En Tu Casa,” with the Rodriguez brothers, Tony Pabon and other band members bantering about upcoming festivities. “Pena Penita” is arranged in Aguinaldo style, once again inviting friends to join them at a party. In “Felicidades” we are treated to a Danzon-type introduction that eventually evolves into a soulful cha cha cha done Rodriguez-style with a nice trombone solo. Another aguinaldo titled “Aguinaldo Antillano” recorded for this album brings us another holiday classic from the Caribbean composed by Pete. Finally, we are treated to a bonus track by Mon Rivera and his orchestra with a lively bomba done in Mon Rivera’s inimitable panache. All in all, an album to party to. —Bobby Marin