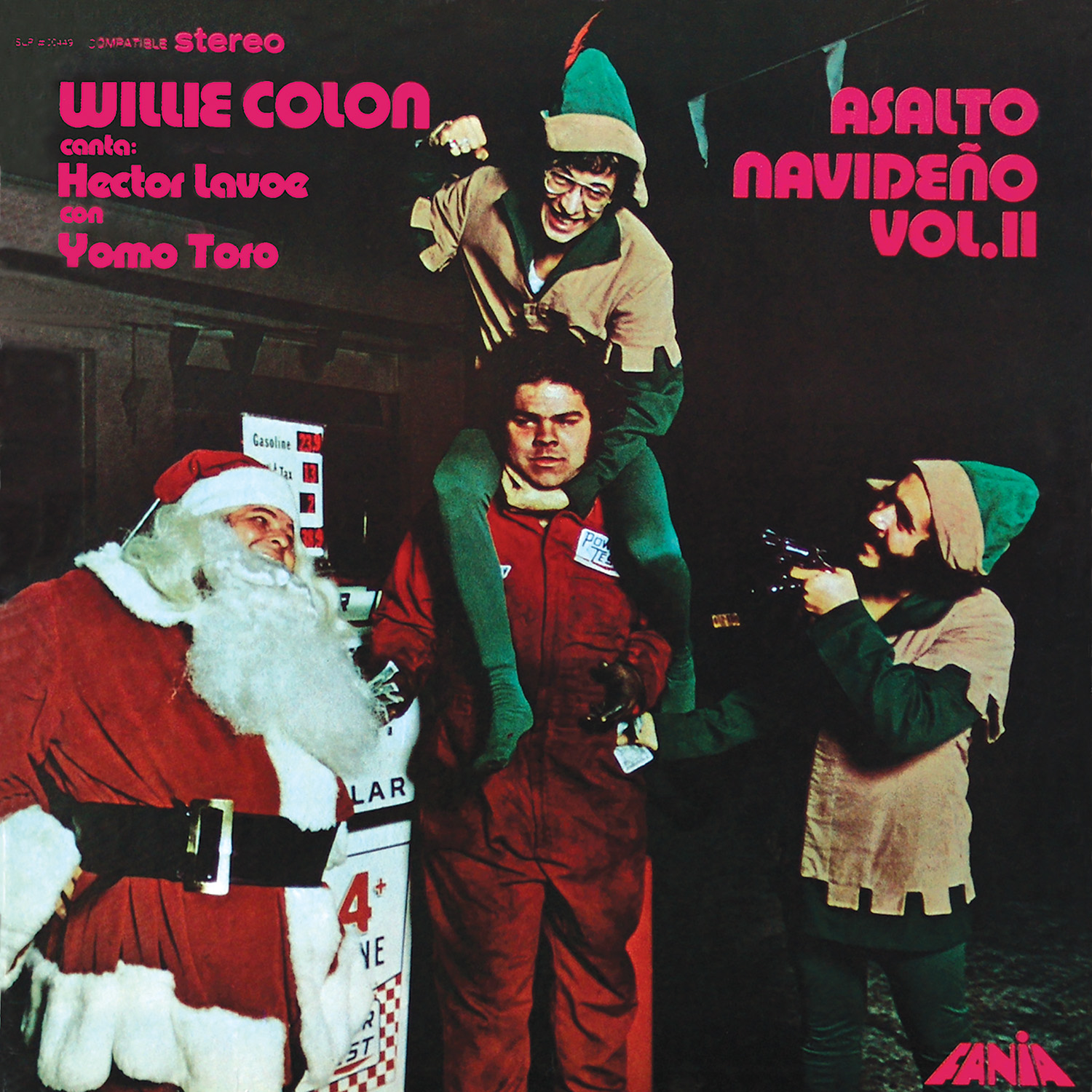 After these three Fania stars’ success with their initial release of Asalto Navideño Vol. I, they rewarded us a year later with Asalto Navideño Vol. II. Many consider this album to be even better than the first. And it’s hard to argue with either squabble—while so many cherish Vol. I as the best Salsa Christmas album of all time. What is immediately recognized is the authentic jibaro sound produced by Hector, enriching all selections with the traditional delivery of earlier aguinaldo vocalist of the past. Willie Colon’s band is riveting throughout and the cuatro playing of Yomo Toro is unequaled as demonstrated in his solos during the recordings of “Arbolito” and “Tranquilidad.” The clever arrangements make for a definite danceable/traditionally styled cuts especially in the interpretations of classics like “La Banda,” “Doña Santos” and “Cantemos.” A large part of the Puerto Rican culture is the way the Boricuas celebrate the birth of Christ with parrandas and aguinaldos as they march through neighbors’ abodes to partake in all festivities offered. I’m sure that this was the target aimed at in the creation of these holiday gems. And by hundreds of thousands of their fans they scored a bullseye. —Bobby Marin