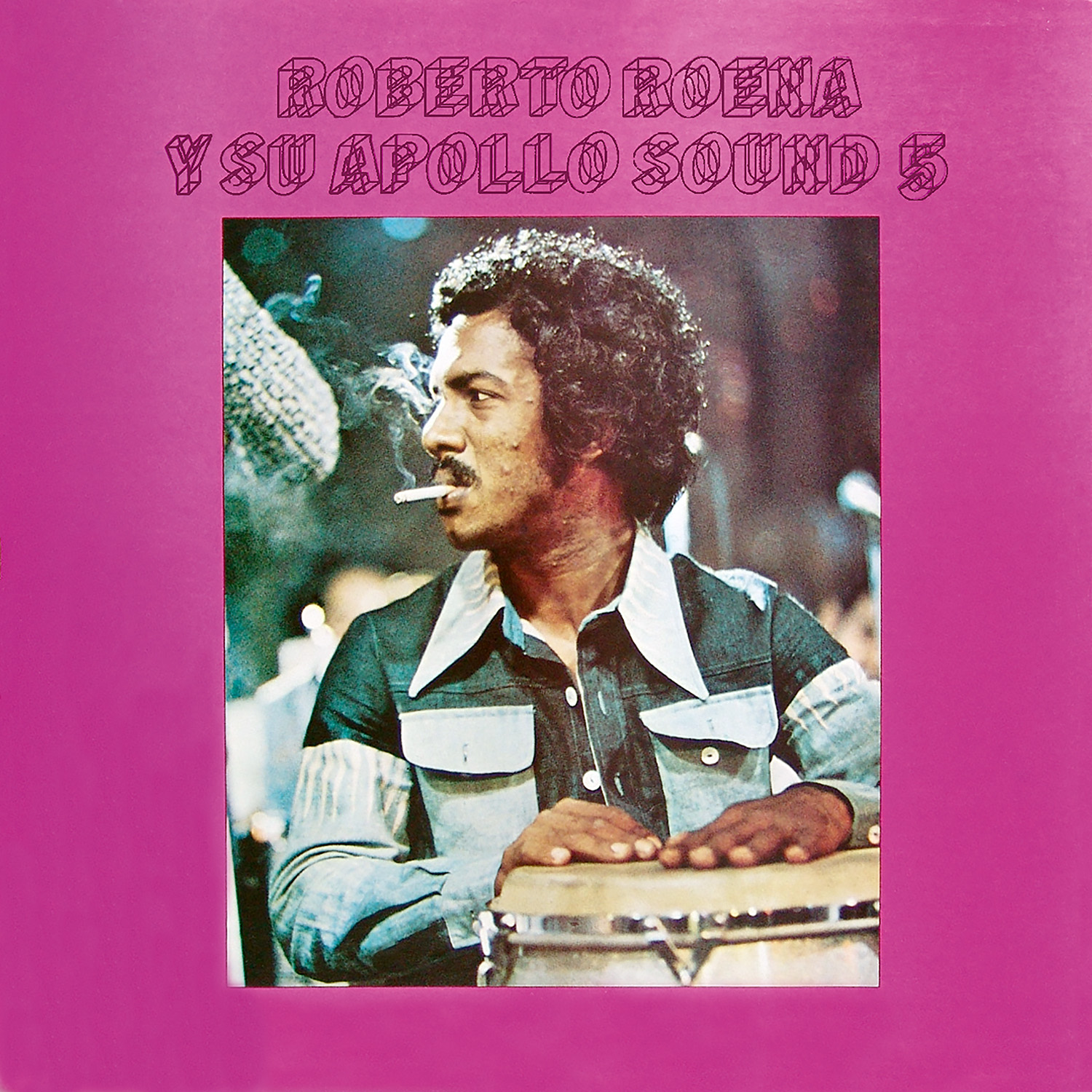 Legendary salsa musician Roberto Roena died Sept 23, 2021. The Fania All Star member and bandleader/bongocero was 81. He was known for being one of the original members of Puerto Rico’s renowned salsa orchestra El Gran Combo, as well as the founding member of the Cortijo y su Combo orchestra as well as his Apollo Sound orchestra. In 1970, he recorded his first album with Fania  after joining the widely successful Fania All Stars orchestra where he was a featured performer playing bongos and occasionally performing as a superb Mambo dancer.

“The Apollo Sound” recorded  a series of nine albums for Fania over the years, which were well received by Salsa lovers everywhere. This album, Vol. 5 , stands out as his most popular. It includes the internationally acclaimed hits “Cui Cui” and “Que Se Sepa,” both which were composed by Roberto. “Cui Cui” is a pleasant sounding arrangement, very danceable, whereby “Que Se Sepa” shows the versatility of the band. The cut starts out with a tribal feeling led by the fine coro section which includes Tito Cruz, Frankie Calderon, Sammy Gonzalez; and polished off with an exciting arrangement by Mario Ortiz. Throughout the album you’ll recognize the percussive skills of Roberto Roena who keeps the rhythm section tight as, well, a drum. —Bobby Marin